As long as the grass grows and the waters run... 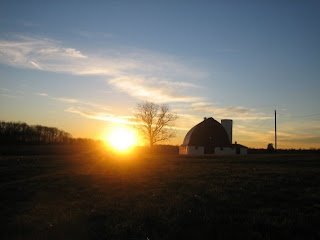 What though the radiance which was once so bright
Be now for ever taken from my sight,
Though nothing can bring back the hour
Of splendour in the grass, of glory in the flower;
We will grieve not, rather find
Strength in what remains behind...
-William Wordsworth
This week I've been feeling nostalgic and I've been reminded of the innocence that has come and gone in a blink. I wish sometimes I could return to these carefree days but then I realize that everything I've written are things that can be recreated in the future. Even though I can't bring back these memories, the point was that they happened -that they gave me a foundation, which I am grateful for. Grass grows and dies with the seasons and then regrows on top of itself, forever building a new land that is both literally different than the previous year but seemingly the same. This is the true pattern in my life. The loved ones in my life come and they go, but with each new season, with each generation, the memories grow on top of themselves. Joseph Conrad said that "each blade of grass has its spot on earth whence it draws its life, its strength; and so is man rooted to the land from which he draws his faith together with his life." There are two things that always last in this world: the land and the memories we build on it. 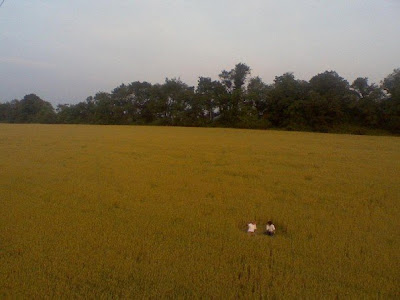 Kara Neary
Hi and Thanks for stopping by! My name is Kara and I recently found my passion in repurposing antique furniture & upcycling furnishings into beautiful country rustic-inspired home accents...Follow me on my journey as I learn along the way, attempt to turn my hobby into a business and, many times, mess things up as fast as I can.

Check out some of my favorite websites...