My Relationship With Fist Pumping: Or A Lesson on Terrible Life Decisions 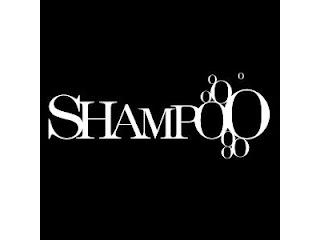 When I was in my senior year of high school, I would meet up with a group of my friends every Sunday and drive to Philly to go clubbing. The trip was an hour long and we would always go to Club Shampoo on Willow Street between 7th and 8th St. At 4am and after something like 5 hours of house music, we'd blast Baltimore Club Music out of the windows of Joey T's souped up Honda and go eat at the Great American Diner in Bucks County before returning to NJ to go straight to school for the day. 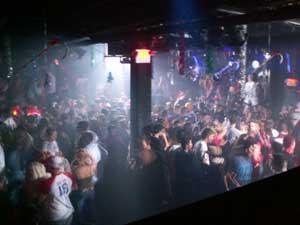 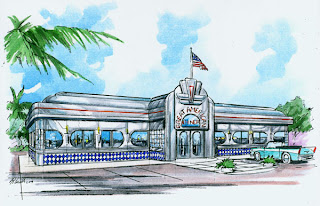 Let me stop here and explain something...I didn't know what a 'guido' was until I came to Clemson, but the boys we went with could probably be classified as them...They called themselves the "B-Boys" and they had ridiculous blowouts, fist-pumped, and wore Ed Hardy t-shirts...It's actually quite embarrassing admitting this went down in my Jersey life. 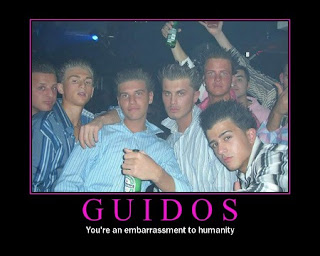 At the time, I felt pretty bad ass when my normally iron-fisted parents actually allowed me to go clubbing into the wee hours of the morning in a relatively dangerous part of Philly. Looking back on it, it's pretty shocking they let me out of the house at all with all the trouble I got myself into... 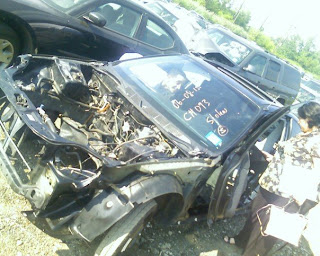 I'm pretty amazed looking back at the so-called fly ass club I thought I was going to -The place was a shit hole. They had a shampoo room where I remember one time dancing waist-high in foam and definitely feeling some chick's underwear on the ground...The couple next to me were not grinding. One time we went and Joey T's car got completely stripped in a matter of ten minutes being in the club by some guys who clearly should have been working for Nascar. I also have to admit to seeing some guy definitely having sex outside with a girl that was passed out between two pillars...so yeah, that was probably a rape in progress...but that's beside the point.


Unfortunately, I have to admit that this rite of passage of mine was during a very happy time. I was completely carefree and excited about life. I loved listening to the classics like "Do It Girl, Put Your Leg Up" and "Watch Out For The Big Girl", or even losing my hearing for 30 minutes after leaving the club -oh, and of course eating monte cristos at 5am.
Posted by Kara Neary No comments:

Splendor in the Grass

What though the radiance which was once so bright
Be now for ever taken from my sight,
Though nothing can bring back the hour
Of splendour in the grass, of glory in the flower;
We will grieve not, rather find
Strength in what remains behind...
-William Wordsworth

The poem above is from William Wordsworth's 1807 "Ode, Imitations of Immortality from Reflections of Early Childhood". He was a British romantic poet and I heard this poem in an old 1961 film called Splendor in the Grass starring Warren Beatty and Natalie Wood. It is another great movie I watched as a kid and I feel it exemplifies where I am in life now. My story seems to be a story of a woman trying to return to her past, her innocence and struggling -knowing that she can't go back to what has already passed, but instead "find strength in what remains behind". I wish to take the experiences my parents laid down for me as a child and do the same for my kids. I want them to be exposed to musicals and old Hollywood and I want them to know about their Irish heritage and take them on day trips to make them feel special.
Posted by Kara Neary No comments:

Interpreting Carousel and Gene Kelly in my Personal Life

As I previously stated, carousel has been a large influence in my life. When I was in Kindergarten I requested one day that all my teachers call me Julie instead of Kara and I refused to respond to anything else. Coincidentally, later in life, I got my wish when I chose the name Julia as my Confirmation name.
What does this time period and these movies say about the person I am today?

Although these Hollywood musicals represent a part of my youth, popular music and movies of the time also played a role. I was not sheltered from rock n roll and television; however, I believe I chose to include them in this mystory to influence any one who reads this to open their minds to something so original and something that remains a closed chapter of our nation's past. Today, I am not as interested in musical film because it doesn't have the nostalgic simplicity and innocence of the time. Movies like Chicago, Sweeney Todd, Moulin Rouge, Across the Universe mostly deal with the vices of life - jail, murder, prostitution, drugs...These movies were an escape from that, and also a wish for a returning to this simpler time.
Posted by Kara Neary No comments:

One More Ride on "Carousel"

Carousel is a beautiful love story between Julie Jordan (Shirley Jones) and Billy Bigelow (Gordon McCrae) filmed in 1956. This story is about Billy asking for permission to be sent down from his level of heaven (where he is in charge of shining the stars) for one day to try to make amends for the mistakes he made in life to his wife and friends and to see his child he never got to meet. Julie Jordan works in a local factory in town and meets bad boy Billy at a carousel where he is the barker. Eventually, Julie and him get married but Billy's bad habit leave him without a job and forced to live with Julie's cousin Nettie. When Julie tells Billy that she is pregnant, he feels he has to clean up his act but instead chooses crime to do this which ultimately gets him killed. His one day return is emotional, forgiving and heartbreaking and I've probably seen it 50+ times.

I remember snuggling up on the bed with my sister Sheila and watching this movie with her in her girly, pink room decorated with parasols. Even as a little girl I remember crying when Billy dies and even understanding the plot, though it was a bit morbid and unethical at times. I was always scared when it came to a very distinctly different ballet scene where the story was reenacted through dance. 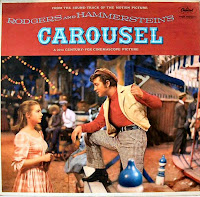 This movie was very impressionable and watching it again made me realize a few things about the reality of the movie as well as personality traits in myself. Watching it later in life, and now, I realized the ballet scene was retelling the story in ballet form but was very odd and I can see why it upset me when I was young. The movie still makes me cry but I can understand more of the complexity of the plot. In the movie, Billy actually hits Julie but she still loves him and forgives him, though he can't forgive himself. This is the reason he is in heaven shining stars - it is punishment.

Now, although I do not understand how domestic abuse relates to my life, I can say that this type of bad boy persona is exactly the kind of men I know I will marry. I was brought up under a subconscious impression that showed men should not show their feelings - that it is a sign of weakness - and that this kind of difficult and non-outward love was the norm. I may not agree that this is how it should be but I can't deny that this is the kind of man I have been set up for...and my parent's relationship was quite similar. My mom would be all over my dad and my dad would coil in hilarious rebellion but, though my dad could not show his love outwardly my parent's relationship was stronger than oak.
Posted by Kara Neary No comments:

Let me start by saying one very important thing about Gene Kelly - No one could do what this man did. Fred Astaire was the original but if anyone came close to perfection, it was him...He could sing, dance, play piano, act, do it all in one take, AND he did it without looking feminine. Even watching it now leaves me in awe of his precision and actually frustrates me that many people my age and younger (even older) don't know about him or the era of American musical film.

The atmosphere of the time was definitely conveyed in the connotations of this film. Though the scene does not have much verbal communication to the audience, the dance communicates the implications of the time: the innocence, the masculinity conveyed through his athletic dance style (in a time where now most would not describe dancing to be masculine), the grace, the innovation. The great thing about film is that one scene from it can certainly say a thousand words -If the implications of this film were expressed in writing I feel like this scene could write hundreds of pages telling not only about the film or Gene Kelly or even the time period, but it could also tell of the value system instilled in me during my childhood.
Posted by Kara Neary 2 comments:

Though I wasn't opposed to watching the Disney movies the rest of the kindergartners were watching like Sleeping Beauty and Aladdin, my mom made it a point to consume most of my leisure time with the classic old Hollywood, usually post-WWII films -movies with stars like Cary Grant, Jimmy Stewart, Van Johnson, Natalie Wood, Grace Kelly, Audrey Hepburn, among others. I equally spent my time watching Rodgers and Hammerstein musicals like Carousel (my favorite) and Oklahoma.

I have felt privileged to have been exposed to such a polished, value-oriented time. However, a particular set of entertainers hold a special place in my heart -Gene Kelly and Fred Astaire. I can remember spinning in the living room in my blue and black striped, cotton dress (worn probably three days out of every week for years) to their movies -from An American in Paris to Funny Face. In particular, a memory sticks out of watching Gene Kelly create a dance (Summer Stock, 1950) in complete bewilderment.

After he has been left alone at the theater, Kelly whistles casually to center stage...He hears a creak in the floorboard...and the swoosh of a newspaper under his feet. He bends into the floor, he kicks up the paper, and Boom! - full song and dance...from a piece a paper and a creak in a floorboard. Incredible. I had never seen, even now, anyone with the talent he had. He used such a simple idea and turned it into a classic moment in entertainment. P.S. It was done all in one take. -Gene-ius.

Posted by Kara Neary No comments:

Posted by Kara Neary No comments:

Kara Neary
Hi and Thanks for stopping by! My name is Kara and I recently found my passion in repurposing antique furniture & upcycling furnishings into beautiful country rustic-inspired home accents...Follow me on my journey as I learn along the way, attempt to turn my hobby into a business and, many times, mess things up as fast as I can.

Check out some of my favorite websites...